Whilst residing in Russia for the past eight years, Jesus has been actively working as a violinist performing in several literary and musical evenings held in various palaces and memorial museums.

One of such occasions was Naveira's own project "Letters on Spain" - a fusion of dramatic theatre performance with instrumental recital concert within an intimate setting. The project came to fruition through collaboration with like-minded professionals in the creative field that inspire the cultural atmosphere of the city of Saint Petersburg.

Based on texts by V. Botkin, K. Balmont and P. Mérimée

The premiere took place at the House of Composers on June 23, 2018.

This concert showcase was created from enchantingly intertwined words and music inspired by the captivating beauty of Spain. Impressions of nineteenth century travellers as well as the country's history of love and freedom which saw itself a legend, combine with live melodies that soak up the warm southern sunshine and the coolness of the meditative mountains.

The expressiveness in playing and mastery of the talented performing artists involved expose the multiple layers and charm of the Spanish soul. 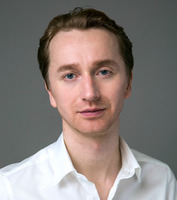